A DEEP DIVE INTO YUGA LABS 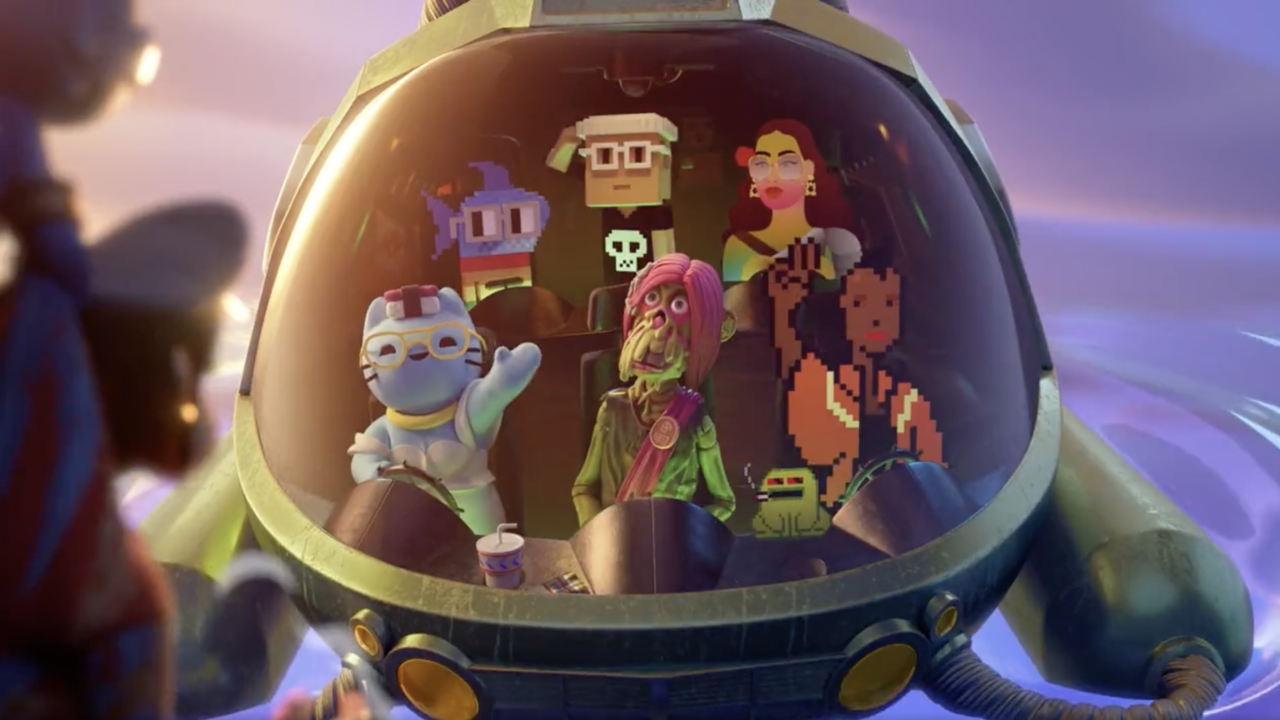 Have you ever experienced fascination? A world you only lived in, in your imagination, is under construction to being brought to life (by Yuga Labs).

Before we go into which NFTs they have created or when are they launching their Metaverse, let's brush up on the basics.

Non-fungible tokens, colloquially known as NFTs, are unique digital assets, i.e. no two NFTs are the same. Bitcoin, on the other hand, a fungible token, is trade-able for another bitcoin, i.e. the exact same thing. But when you trade an NFT for another NFT, you will wind up with something totally different!

Magique? Nah! Remember how we mentioned NFTs being unique to each other? That.

The Metaverse is a walk around reality existing on the internet that embodies real-life nuances and makes them into virtual reality for one to experience. A kind of virtual world, but in 3D and real-er. The Metaverse is accessible from any data-capable device like your cellphone, computer or smart TV via virtual and augmented reality headsets or watches, glasses, etc.

No, we are not just slipping words out of our mouths. These are the names of the founding team of Yuga Labs. Confused? Time to dive deeper into the ‘who-what-where-how’ of the company.

The brainchild(ren) that founded Yuga Labs go by the pseudonyms Gargamel and Gordon Goner. But a Buzzfeed article recently revealed their identities in February this year.

Gargamel is Greg Solano, a writer and a book critic. Gordon Goner is Wylie Aronow, a former student. Emperor Tomato Ketchup and Sass are Kerem and Zeshan respectively. Both of whom are software engineers.

The rumor has it that the idea of Yuga Labs and BAYC (we’ll get to this in a second)borrowed inspiration from the real-life tendencies of crypto investors. Back when the masses got introduced to crypto, they started investing in it without having any proof of it being a secure investment and yet, in turn, made lots of money.

Yuga Labs is one of the leading flag bearers of the Metaverse uproar. The organization's howling success - Bored Ape Yacht Club (BAYC) NFT has helped them secure a demanding position on the crypto world map. In case you have still not been able to wrap your head around the signs of progress made in the 'alternate universe' section of the universe's syllabus, it's time to catch up! Let's get started?

The company has become a household name in the industry thanks to the astounding success of its BAYC NFT. BAYC, also known as Bored Ape, is a set of 10,000 unique Bored Ape NFTs built on the Ethereum blockchain. All of these apes have different traits, trendy outfits, colorful backgrounds, and more. The rarer the ape, the higher the value. Allegedly, the rarest Bored Ape is #7495, which was minted early last year in April and remains unsold as of date. Who knew the world would actually be moving in this direction without actually moving anywhere! Everybody from Post Malone to Adidas to Eminem to Jimmy Fallon and more, flex their ownership of their own Bored Ape.

But, that's not the only thing that has led them to their triumphant throne. Roughly a year after being founded in 2021, the company already has a great resumé to showcase! From being featured on the Rolling Stones magazine cover to having its presence in a physical art gallery at NFT.NYC in 2021, Yuga Labs has certainly owned the crypto-NFT space.

If we were to speak in numbers, this most influential NFT project globally has had a good couple of weeks in 2022. It secured $450 million in funding to build its own Metaverse, which goes by the name Otherside. The company posted a trailer video of its Metaverse on its Twitter handle. The funding now values them as a whopping $4 billion company leaving behind its competitor CryptoPunks who used to rule the NFT universe before BAYC leaped ahead. Ironically, in March 2022, Yuga Labs announced that they have acquired both CryptoPunks and Meebits, thus boasting the ownership of the three most valuable NFTs in the landscape at present!

If you are feeling excited and looking forward to buying a Bored Ape for yourself, hold your horses!

BAYC NFT started selling at somewhere around USD 190 (0.08 ETH) at the time of its introduction. Today, its price is skyrocketing anywhere between USD 200,000 and above. The company certainly has made some progress, don’t you think? Additionally, the ones with rarer attributes such as accessories, outfits, facial features, etc., are sold for millions of dollars. The BAYC NFT is now only available through a secondary sale. That means the 10,000 NFTs have already sold out. So, time to get in the queue.

Utility and benefits of these NFTs, you ask? Non-fiduciary benefits wise, everything from being granted access to future events, availing merchandise, an exclusive club for BAYC holders, access to new NFTs, and other NFT upgrades, and such are included.

The BAYC members were allowed to participate in Mutant Ape Yacht Club (MAYC) and Bored Ape Kennel Club (BAKC) for free. Both of these are BAYC’s NFT upgrades.

As for the financial gains, there are numerous benefits of owning NFTs. BAYC gives its members commercial usage rights. This means the original members of BAYC NFT can make and sell merchandise of all kinds. The Bored Ape owners were exclusively given the BAKC NFT via airdrop! The MAYC NFT, originally launched as a member-exclusive NFT club was also opened up to the general public long after the waiting period. Therefore, NFT experts and members of the BAYC believe that buying a (Bored Ape) NFT is worth your buck. Why? Because the financial gains it brings with itself have a huge tendency to outweigh the loss of ETH (Since BAYC is built on the Ethereum Blockchain, BAYC NFT can be bought through ETH.)

If you have reached the very end, we must speak about what's on Yuga Labs’ plate for the upcoming year. Followed by the funding, Yuga Labs expressed its vision of creating a brand that envelopes into a media empire. An entirely decentralized universe centered around NFTs. The three words used by the team were: ‘an interoperable world’ that is ‘game-ified’ and ‘completely ‘decentralized.’ Along with its enormous acquisition of two of its competitors, the company also announced ApeCoin ($APE), a token for Web3.0, usable across the decentralized economy right from gaming to commerce. Their Metaverse project, Otherside will encompass everything from gaming plots and other initiatives. What’s to come next for this all-encompassing media empire is awaited. But, with three of the best NFTs, a Metaverse of its own, and a token to bill, it seems like Yuga Labs is just getting started to disrupt this decentralized economy landscape!