What is the metaverse? And how is it impacting business? 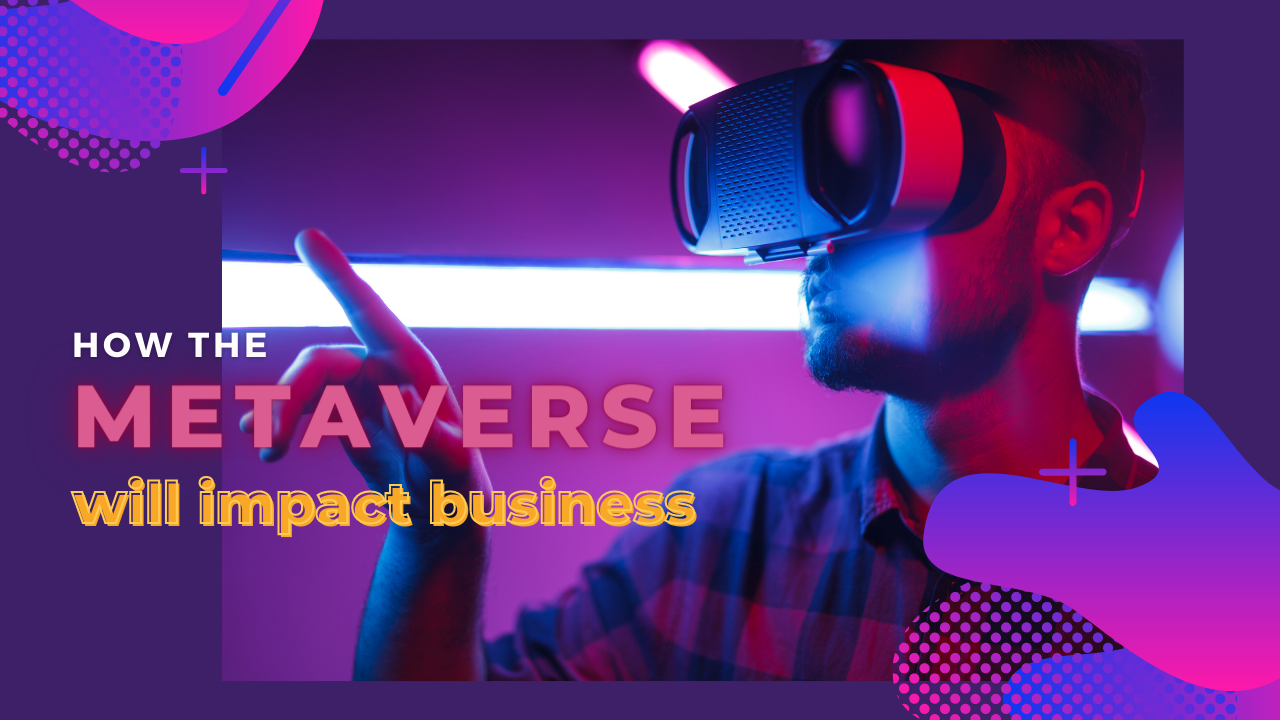 What is the metaverse? And how is it impacting business?

The metaverse is a part of cyberspace—the internet—but represents its future. The things we are already used to doing online—like working, studying, and socializing—are going to stay virtual but become more immersive.

The internet has become a three-dimensional place of its own. Things that were once only possible in real life—like attending a Billie Eilish concert—can now be done in virtual worlds.

This may all sound a bit like science fiction because it is. The metaverse is difficult to explain because it’s still a work in progress. Most of what you hear about the metaverse is about the future. There’s a lot of speculation surrounding what it will look like and how it will impact our lives, but like the internet in the 70s, certain elements are yet unpredictable.

The term “metaverse” was coined in the science fiction novel Snow Crash in 1992 by author Neal Stephenson. In his book, it represented a virtual place where avatars could meet.

In more modern terms, the metaverse has been described as a network of virtual 3-D spaces and simulations that people can experience synchronously with others near and far.

This brave new world relies on new technologies. Advancements in data storage and tools like augmented and virtual reality (AR and VR respectively) have helped to drive the metaverse—digital worlds can be much larger, continue to exist without active players, and can clash with our physical world in new and exciting ways.

But by that definition, massively multiplayer online games (MMOGs, or more commonly, MMOs) like Fortnite or World of Warcraft are already a part of the metaverse. What’s more, many of these MMOs don’t rely on clunky VR headsets and instead can be accessed from PCs, game consoles, or even smartphones.

The new meaning of selling online

MMOs have been a source of investment for many businesses and entrepreneurs looking to get started in the metaverse. In World of Warcraft, users can buy and sell goods. As far back as 2015, people have been making money in the real world by selling World of Warcraft accounts.

Nowadays, however, business savvy folks have begun to see these games as new markets. Artists like Ariana Grande and Travis Scott have hosted live concerts in Fortnite and companies like Gucci and Ralph Lauren have helped to create virtual designer spaces in Roblox, laying the foundation for future virtual stores.

consumers to try on clothes virtually at home. Some have speculated the future of online retail may involve more of the physical world.

Shoppers could browse online malls, stopping in various stores to virtually try on items, which could then be purchased online and shipped in the physical worlds.

Visions for the future of the metaverse involve allowing users to carry their virtual belongings with them across platforms. Nike’s recent purchase of RTFKT supports this idea. The deal made headlines as a sign the global brand may soon offer virtual shoes via NFTs (non-fungible tokens) that can be carried by their owner wherever they (digitally) go.

How NFTs fit in

NFTs (nun-fungible tokens) are the key to digital ownership in the metaverse. This blockchain-based technology creates an immutable ledger of digital items, such as property or clothing, and makes your digital item unique.

Eventually, this record of your digital ownership would allow you to use things like virtual clothing across various online platforms. In the meantime, brands, artists, and users alike are investing heavily into NFTs.

Bored Ape Yacht Club is a series of NFTs that allow people to own a piece of digital art—in this case, an image of an ape that they can use as a profile picture across the internet. Fans of the brand include Steph Curry and Jimmy Fallon and prices have skyrocketed in recent years—from $300 to $250,000 per image in less than a year.

Adidas has recently collaborated with Bored Ape Yacht Club to offer limited editions designs, sold exclusively at their virtual space in Sandbox, earning them more than $22 million in an afternoon.

There is already an opportunity to make money in the metaverse, even if we’re not sure what it is.

How cryptocurrency fits in

Though not a requirement for participating in the metaverse, cryptocurrency has become an important part of it. In some virtual worlds, cryptocurrency is the only acceptable payment. When purchasing things like NFTs in a virtual space, using blockchain-based currency is crucial.

Since these NFTs are part of the blockchain, they must be purchases with cryptocurrency. The rise of NFTs has this led to an uptick in the adoption rate of cryptocurrency for major retailers. For smaller merchants, learning how to accept cryptocurrency payments now can open you up to more opportunities later.

How to start making money in the metaverse

The options for making money in the metaverse are as vast as the concept itself. Investing in prime virtual real estate in places like Roblox and Sandbox can be a great idea. It can allow you to sell your products or promote your brand but can also serve as more of a traditional real estate investment wherein the property value increases over time.

For artists, designing and selling virtual art as NFTs is an easy choice. Not only can the digital art world be more lucrative, but it can also be more equitable as it relies on a decentralized system—the antithesis of the traditional art world.

In the world of retail, investing in augmented reality tools can allow you to be ahead of the curve when it becomes commonplace.

For other brands and businesses, now is the perfect time to start designing your own NFTs. These can be anything—from art to concert tickets to game skins. The most important thing is to get started now, before the marketplace is crowded.

The real benefit of the metaverse

The metaverse is both a place that exists and doesn’t. It is a reality but is also just the beginning. It can be a lot to wrap your head around.

The bottom line is that the future of the internet is the metaverse. Web 3.0 is here and continuing to grow daily. The opportunities are endless and thus so are the potential benefits to a business.

Though the how is still unclear—VR headsets are still clunky and not widely in use—our world is bound to become more virtual.

Now is the time to start planning so your business is well situated for the inevitable digital future.